Another year has passed and, as tradition would have it, I’ve collected some tracks for my annual Mixtape.

Significant music from the course of the year is curated into a playlist and shared with friends. Some of it may be new, some old, I might have been to a gig, missed a gig, seen a film, heard something on the radio, or I have a special memory associated with a song. Of course, this year is a little different. The Mix is always eclectic and although not all of it will be to your taste, you might just find something you like.

I design a cover and annotate each choice of track (coming in a couple days). As with any form of a journal, sometimes it only makes sense to me.

Well, that was a weird one, wasn’t it? While Covid-19 has obviously affected the future of our world, my life has been changed forever with the arrival of my daughter.

The plans, goals, and hopes were dashed in March when the year had barely started.   We were a couple of days away from flying to South Africa for Veektor and Mira’s wedding when the first lockdowns were announced and everything was cancelled. That set the scene - little did we know where the world would be by year-end.

Usually, I have a long list of the best gigs, festivals, travels, and celebrations that have brought music and people together during the year. Like almost everybody else there have been drastically fewer of those opportunities. Fortunately, while navigating the madness of lockdowns and various degrees of isolation, music has been there to help get through it. To uplift when needed.

The strange thing with expecting a baby is that we had already mentally prepared for the idea of doing less of the things we would usually. There was the focus of pregnancy and birth of our child so there was very little FOMO going on.

There were notable losses, disappointments, or cancellations:
Veektor & Mira’s wedding + the trip to South Africa, Hamilton Leithauser, Pearl Jam & Pixies at Hyde Park, Comrades, the many other races I hoped to run, Clap Your Hands Say Yeah, an exotic babymoon trip, and not the best way to the end the year work-wise.

However, there were some fantastic memories (some from pre-lockdown):
Devendra Banhart (the only live gig), The Big Half (the only race), William Blake exhibition, Hamilton, Bridget Riley exhibition, Al’s 40th, The Killing on 16mm, Design Museum Imagining Mars exhibition, Dora Maar exhibition, some of those early Zoom nights, family Zoom quizzes, The Griffs Zoom Asahi, sourdough baking, yoga with Lucy, mouse-trapping (seriously, where did they all come from?!), the most braai’s (BBQ’s) EVER, judging the Scottish Design Awards, a weekend away to East Sussex, cycling with the Mikkeller crew, lockdown walks along the River Lea, Scaffy Day out with Baarr, National Portrait Gallery without the crowds, Eat Out to Help Out at The Ivy, seeing the Orange Man lose as he deserved, Babymoon trip to Somerset and Dorset, and of course - the birth of Nova Lea (including the crazy story of the day of her arrival).

I hope you enjoy my soundtrack to this topsy turvy year.

With all that was strange and traumatic in 2020, the biggest gift I have is my wonderful baby daughter coming into my life.

It’s the end of the world as we know it, and I feel fine. 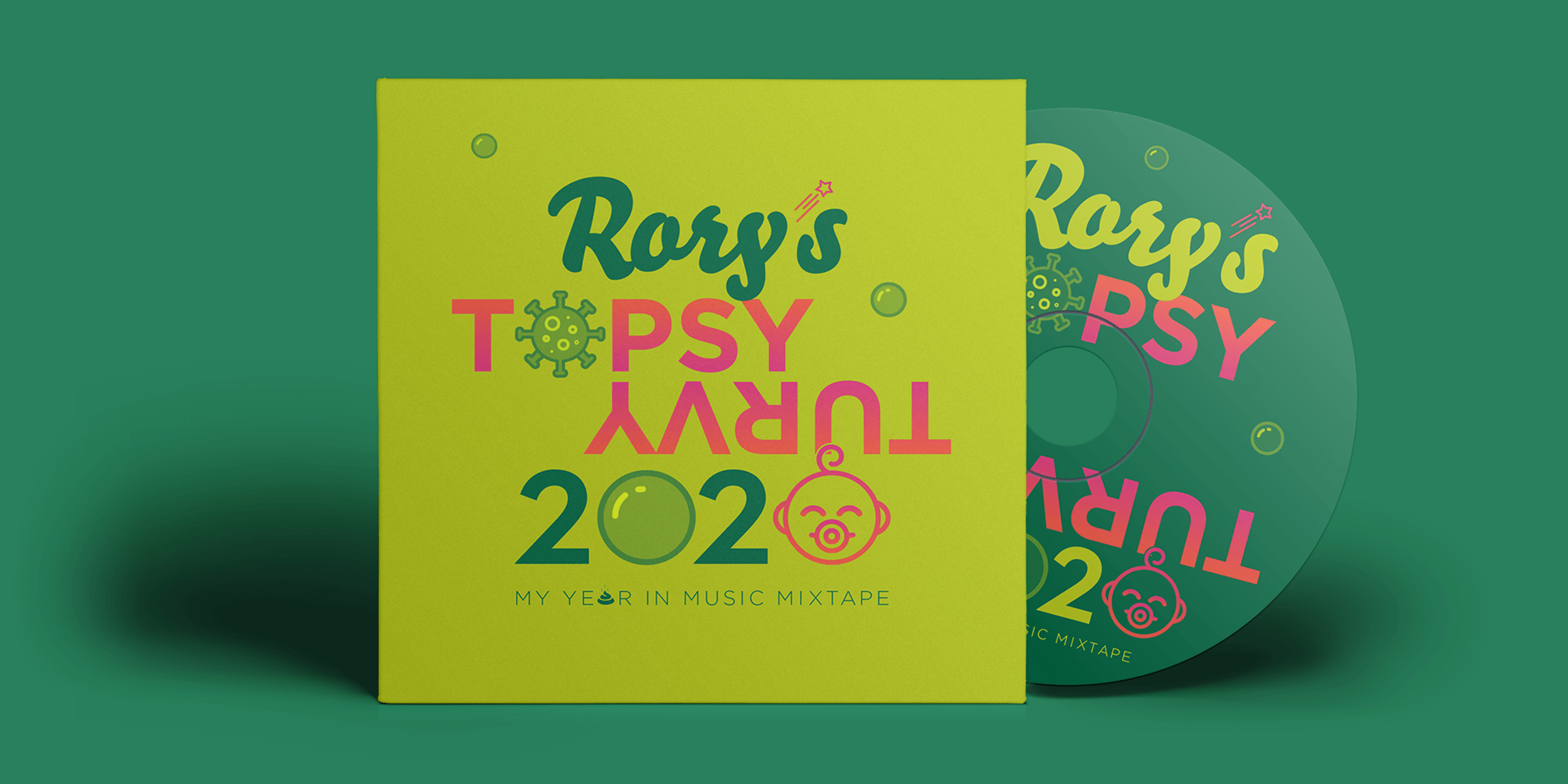 The mixtape exists as a Spotify playlist and you can get it here:

Coming shortly - after the nappy-change.